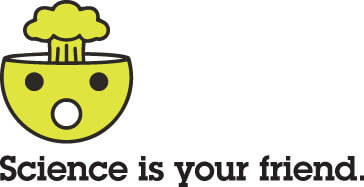 IF YOU LIKE GOING DOWN THE SCIENCE AND DATA RABBIT HOLE, HERE WE GO. GRAB YOUR FAVORITE TASTY BEVERAGE, RAISE A TOAST TO DR. BECKFORD, AND REVEL IN THE FRICTIONAL LOSSES OBSERVED WHEN AN EXPERIMENTAL HYDROPHOBIC LUBRICANT IS USED TO LUBRICATE CHAINS IN BICYCLE DRIVETRAINS.

Bicycle chain lubricants on the market today force the rider to make a decision when choosing a lubricant – either to use a light, high efficiency, clean lubricant that wears off quickly and requires frequent reapplication, or to use a heavy, low efficiency, wet lubricant that lasts but is extremely messy, collects dust and debris and is difficult to clean. This is especially true for the newly emerging style of gravel riding. In this case, the riding is performed on dirt country roads that are generally poorly maintained. If there is any precipitation, the combination of dirt from the road with water makes a slurry that causes premature wear and, in some cases, drivetrain part failure, leaving the rider stranded. This study evaluates the performance of (1) as-received SRAM PC 1110 chains tested straight out of the package without removing the grease applied by the manufacturer, (2) 4 commercial dry lubricants designed to repel water and dirt, and (3) an experimental water and dirt repellent lubricant created at SurfTec. The lubricated chains were evaluated in clean and muddy conditions. The results show that GRAX reduces energy losses by 17% compared to as-received chains tested in clean condition and by 23% in muddy conditions.

Oil based lubricants (synthetic oil, petroleum, based oil, mineral oil, and others) are traditionally used in most chain driven applications. These lubricants effectively reduce frictional losses and extend the life of the components on which they are applied. The disadvantage of oil-based lubricants is their propensity to attract and hold dirt and sand which can be very problematic in gravel riding.

Various “dry” lubricants that can reduce the amount of dirt and sand that chains will hold are commercially available. These dry lubricants are water insoluble and are composed of waxes in a solvent carrier. The drawbacks to dry lubricants are: 1) They quickly lose their lubricating properties and must therefore be reapplied much more frequently than their oil-based counterparts. Reapplication is often necessary within the timeframe of a long ride. 2) Because they are water insoluble, aggressive solvents are required to clean the chains and remove the used lubricant from the chain1.

Over time, most lubricants will inevitably begin to fail and may even produce byproducts that promote corrosion and wear of the chain. Oil based lubricants will age and oxidize due to the heat or mechanical stress caused by normal operation1. It is therefore very important to select a lubricant that is not only effective at reducing frictional losses but also has a long life and prevents corrosion and wear of the underlying chain. In this study we compare a novel hydrophobic lubricant, GRAX, to traditional based lubricants and commercially available dry lubricants.

The purpose of this study is to evaluate the frictional losses observed when an experimental hydrophobic lubricant is used to lubricate chains in bicycle drive trains. The performance of the lubricant was benchmarked against 4 popular commercial lubricants and a traditional OEM greased chain.

To achieve this, a bicycle chain tester was built to replicate a single-speed bicycle drivetrain, including chainrings, bottom brackets, and rear-hubs. A pony brake was added to allow the user to add/reduce weights, creating resistance. As shown in Figure 1, a high torque servo motor was used to power the system due to its closed-loop feedback configuration, allowing precise speeds to be programmed at varying loads by automatically adjusting the output torque. The servo motor drive allowed the user to adjust speed, set torque limitations, manipulate voltage gains, and make other adjustments to ensure each test was replicated precisely. These parameters were controlled through a program created in LabVIEW that allowed the user to run the program and view wattage values in real-time with minimal human intervention. The feedback system consisted of a data acquisition tool by National Instruments (NI-6009) along with a current transducer (LTS 15-np). The transducer measured the current of the motor by using the magnetic field to detect a current and generate a proportional output read by the DAQ tool. Fluctuating values of watts expended could be viewed in real time on LabVIEW’s front panel. The Watts expended were used to determine the efficacy of the lubricant.

First, all as-received SRAM PC 1110 chains were thoroughly cleaned in an ultrasonic agitator using a detergent, acetone, and isopropanol to remove oils and organic contaminants and allow the applied lubricants to better wet the surface of the chain (the control was as-received SRAM PC 1110 chains tested straight out of the package without removing the grease applied by the manufacturer). The chains were then air-dried until liquid residue was no longer noticeable. Once dried, the chains were adjusted onto the drivetrain system and a weight was hung from the pony brake of the bike chain tester to achieve the desired chain tension to accelerate wear/removal of the lubricant during testing. Each tested lubricant was then generously applied to the entire chain. The tester was initially run at a low speed for two minutes, allowing the lubricant to work into the chain rollers. The system was then run continuously for a period of 3 hrs. to allow measurement of energy losses beyond the functional life of each lubricant. These tests were repeated 3 times for each sample condition. The testing parameters used were: (1) 70lb weight applied to the pony break, (2) 11.5 rpm shaft speed.

These tests were repeated for muddy conditions. To create mud of the needed viscosity and texture, 10 g of water was added to 50 g of sifted sand in a beaker. The mixture was then placed on a stir plate at a relatively low rpm for 10 minutes. This slurry was then applied to each lubricated chain while operating the chain tester at low speeds. Using a spatula, the mud was deposited onto the exterior of the chain until the entire exterior of the chain was covered in mud. 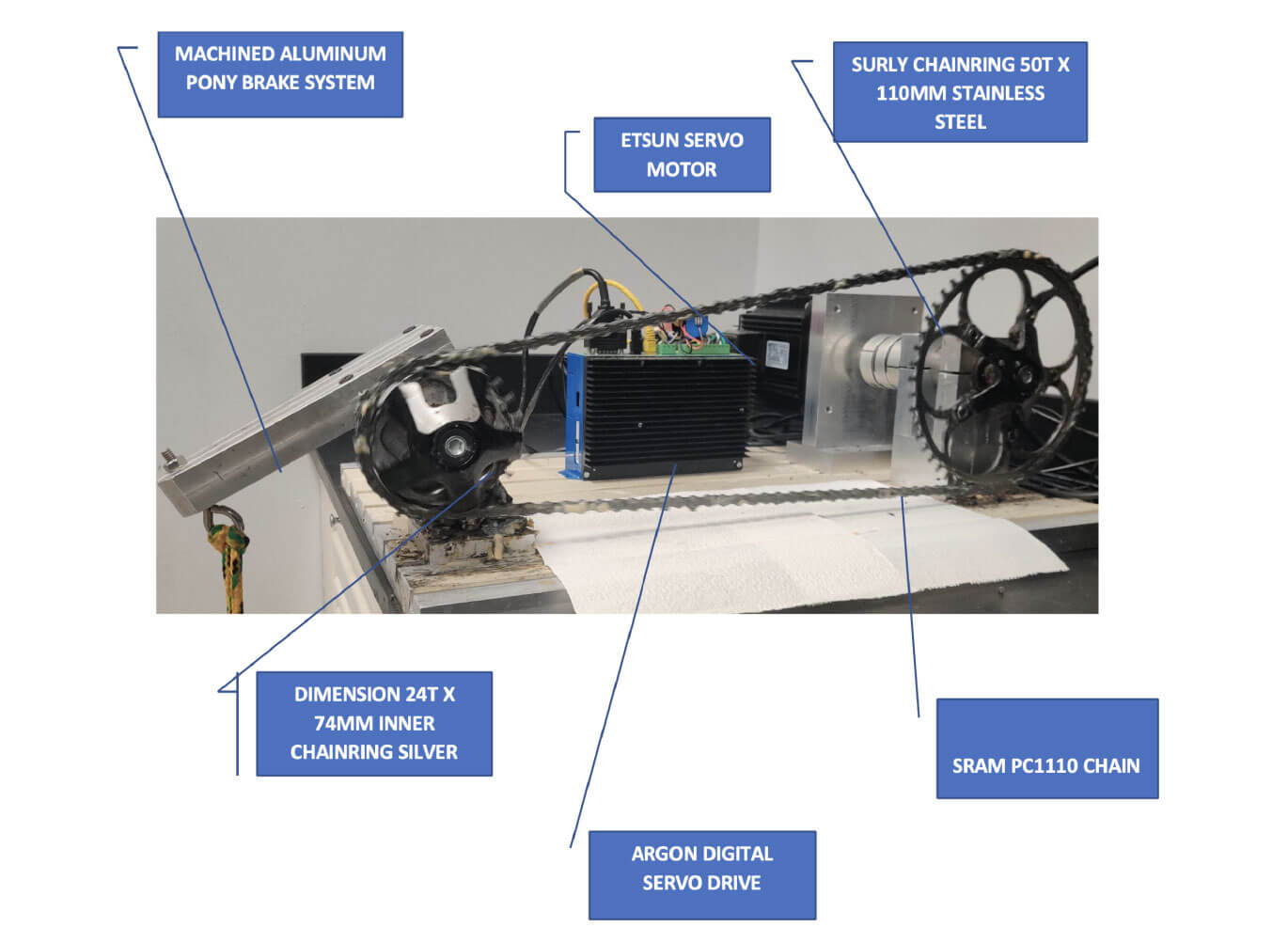 Ceramic Speed UFO showed the highest expended wattage. The lubricant showed an initial drop to 22 W at the onset of the test, but quickly lost its lubricating properties and rose above 50 W before the first 1.4 hours of the test.

The results show that dry lubricants, in general, reduce frictional losses by 15% to 20% in both clean and muddy conditions compared to grease. UFO ceramic lubricant quickly lost its lubricating quality during the 3-hour test; however, the remaining 3 commercial lubricants maintained their properties for most of the test. In both clean and muddy conditions, GRAX clearly outperformed its counterparts. Notably, in muddy conditions, the mud tended to quickly fall off the chain when applied over GRAX. It was very clear the hydrophobic properties of the lubricant were a significant advantage in muddy conditions, which is evidenced by the 23% reduction in wattage expenditure compared to grease lubricated chains.