Another installment in an occasional series on the most interesting and influential women in the global cycling industry.

With a formidable track record for private equity success in the consumer internet sector, Blythe has become a commanding presence in the cycling market. 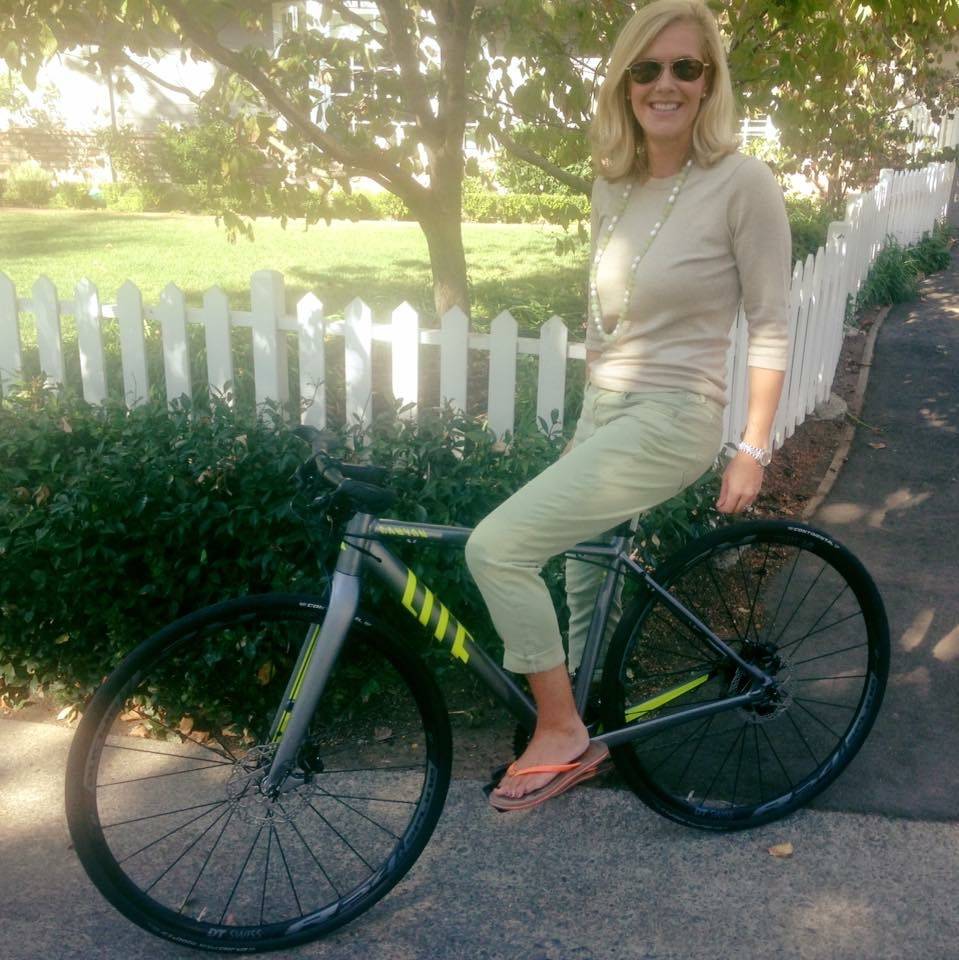 Blythe, we first met almost a decade ago -- right about the time you started exploring investment opportunities in the cycling industry. Nowadays you're an industry expert with a Rolodex as thick as "War & Peace." Can you give our readers some background about who you are, how you got into investing, and the sort of work TSG Consumer Partners does?

My career, fun and fortunate as it has been, has been more of a Cosmo Kramer “ass-backwards” kind of experience whereby without any careful or deliberate planning I have landed up in a great place, largely due terrific people I have met along the way combined with a deep passion for identifying and investing in emerging consumer brands.

After college, I began work as a secretary at an investment bank, largely because I had done zero post-graduation planning in college due to extensive focus on the party scene. Fortunately I was a terrible secretary so the bank let me join their analyst class where I was assigned to the group that did consumer transactions and it was a serendipitous fit for what was to come. Most kids spend their college years preparing to apply for a job like this; I got lucky.

Then I had a chance to join a small consumer focused investment group that asked me to hit the pavement and try and find some interesting new brands following the internet bust of 2000. So I went to the southeast where I had some college friends entering the workforce to see what I could learn. There was lots of buzz about a little company in Baltimore making athletic clothes called Under Armour. So I cold called them and we ended up investing in the company before most people had heard of it. And then began my investing career in emerging consumer brands.

I never went to business school, or any grad school, and managed to develop a career in high finance (and as woman, no less) and without even one math, economics or finance class in college. But I did feel I was missing something in my development which was operational perspective, meaning I had never worked at consumer brand company to know what the challenges are upfront and close. So in 2009 I decided to seek operational experience, and oh boy did I find it. But because I had no operational experience, no one wanted to hire me for an operational role. So I decided to find a consumer brand concept and buy it and hire myself. And so I bought a cootie catcher fortune teller concept. Said in business-speak, a consumer products business in the tween segment of the novelty toy category. I threw myself into it, wearing all hats, from product development to the shipping department, so we could remain employee free and no one’s livelihood would depend on me, a first time operator. This was the most career enhancing thing I have ever done (but certainly not for lucrative reasons), but notably also the most character enhancing investment in myself as I was deeply humbled to learn firsthand how hard it is to get these fragile little ventures off the ground and the true grit it requires. These would be critical insights and resulting humility that would serve me well when I next went back to the ivory tower of private equity with my tail humbly between my legs.

In 2011 I I joined TSG Consumer Partners, a private equity firm that invests behind founding entrepreneurs in the consumer market and is where I have been for the past 9 years, having led our investments in Canyon Bicycles and Backcountry/Competitive Cyclist, among others.

Can you share some details around TSG's outdoor industry and cycling investments? What are the biggest lessons TSG has learned through its involvement in cycling?

What’s funny is that we never pursued cycling as a category, in fact kind of the opposite. In 2012 I got a call from an industry guy (our favorite shared friend Andrew Herrick of Crank Bros :) who asked if we wanted to buy a bike components company. After thinking about the industry, and its obvious shortcomings from the perspective of an investor, I asked him, “Why would I want to invest in an industry that is 1) cyclical 2) seasonal 3) durables (aka low margin and no repeat purchases), 4) long lead times with powerful suppliers in Asian that are often late to an already short selling season, 5) subject to frequent recalls and tariff/duty headaches, 6) a weak distribution network reliant on small undercapitalized operators?”

He said “well, I guess you wouldn’t”. But critically, he helped me understand how under-indexed the bike industry is online and encouraged me to think of those few cycling businesses who see the future in online in an industry that long eschewed direct-to-consumer (DTC) (while other industries embraced DTC/online and requisite fortunes were made) in the name of channel conflict (a very “90’s” point of view) to the bike industry’s detriment. Ironically, the DTC model, while a nice value proposition for consumers, is actually most compelling because it is the business model most uniquely suited to take the bike industry from a C- industry from a business model perspective to an A-. 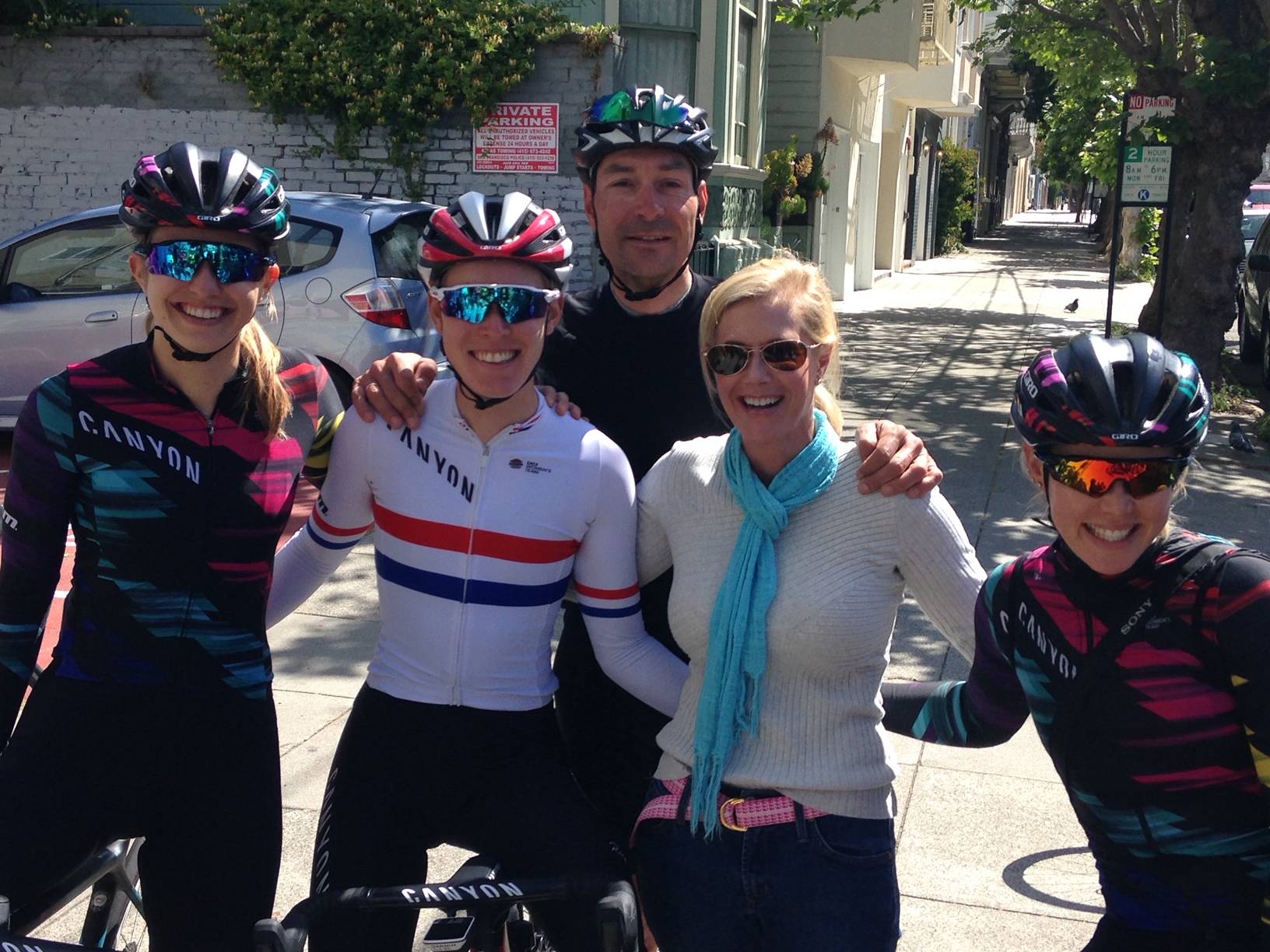 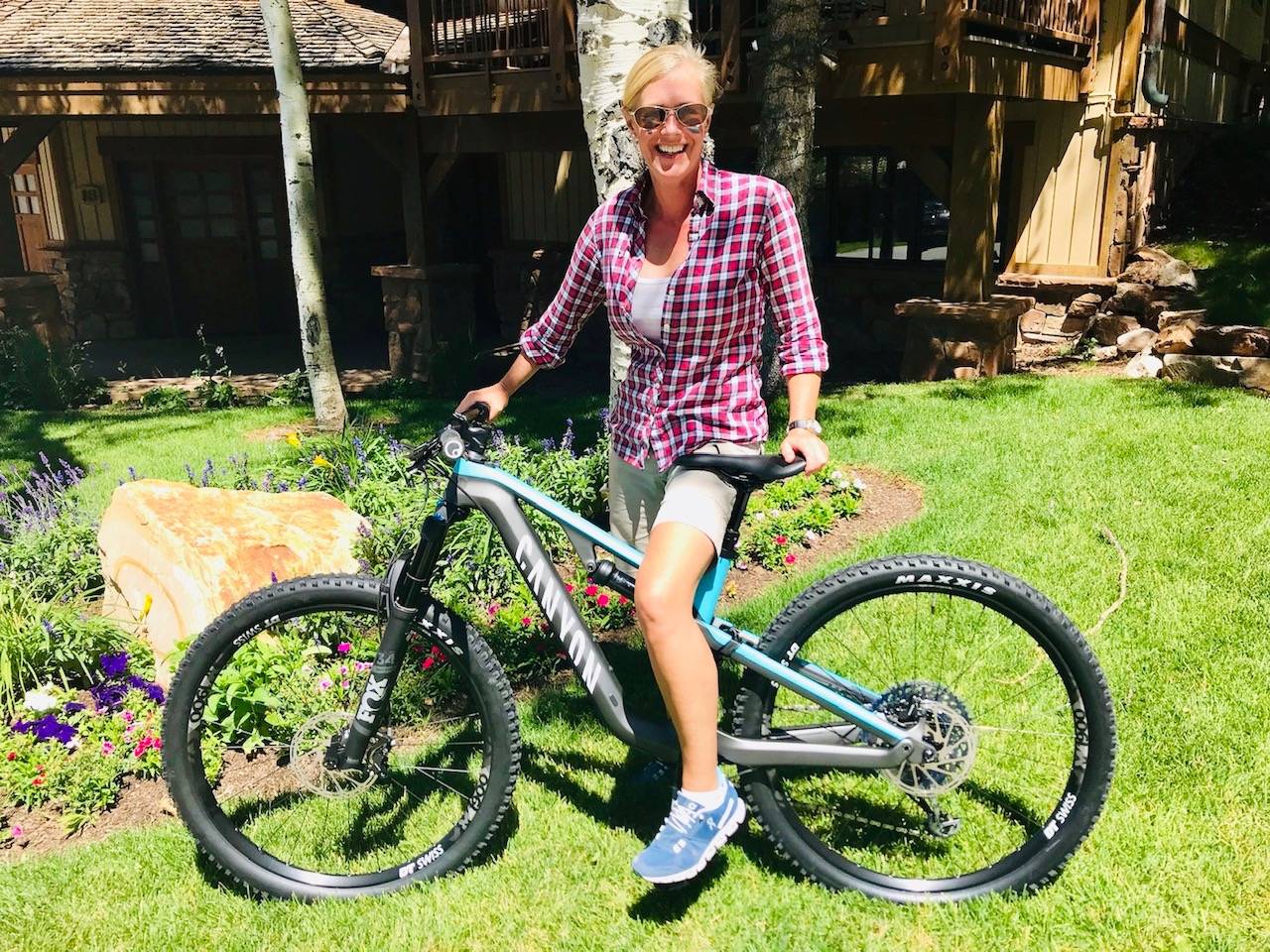 I imagine managing deal flow is a big part of your day-in/day-out work. What would the qualities of an ideal TSG investment look like in cycling? Big/small? Dialed/distressed? Hard goods/soft goods?

This one is hard to say, as so much of our interest lies in the unique vision of the entrepreneur, the innovation, the brand and the market opportunity which can include organic growth and/or channel shifts. We have seen it show up in every possible format. So can’t tell you exactly what we look for, but we know it when we see it.

What does your crystal ball tell you about the cycling industry in a 5-10 year time horizon? What changes are coming, and what will the future reality be?

Well as someone with two big bets in cycling predicated on the migration to online, I would have to (with bias) say that the future is digital. Not only because consumers have now discovered that method of purchase for the category thru Covid, but more importantly because DTC is a business model uniquely suited to transform and improve the economics of the cycling industry for all.

Do you consider yourself a cyclist -- and do you have one super-memorable ride you can tell us about?

I like to say I use my brain, more than my body, to impact the sport of cycling. That said I have gotten really into downhill mountain biking this summer in Utah and absolutely love my Canyon ebike, especially with mountain altitudes and my sea level lungs.

Cycling tends to be either a utilitarian or passion project. For those on the utilitarian end of the spectrum, typically the lower end of the market, Amazon and Walmart will continue to serve those markets no doubt. However the last mile of final touch assembly for online purchases with novice lower-end bike consumers will prove a bit more challenging. Our focus is on the more passionate end of the spectrum where brand drives purchase decision. We believe consumers want the shopping experience to mirror their passion and I think we can all agree the Amazon or Walmart online shopping experience does not fulfil this psychic need. Community, content, reviews and social proof through sponsorship and media are paramount to the passionate cyclist’s purchase experience and cycling brands who recognize this and serve it up in spades will be the winners.

The Covid-induced bike boom has been well-documented. Do you view this year's explosive growth as a momentary anomaly, or do you think it's a more durable behavioral shift in which America becomes more cycling-oriented?

Well first thank goodness for the silver linings of Covid that have benefitted the cycling movement globally. Of course some of the catalyzed demand will be ephemeral as people go back to their old habits. But there is a massive opportunity to create a permanent and secular change in consumer behavior among those who have just rediscovered bicycles for both exercise and entertainment, either individually and/or for the whole family. Those cycling companies who can really invest in their brands with this new captive, virgin bike audience will enjoy the spoils for years to come in the form of loyalty and lifetime value if they get it right.

What's on heavy rotation on your Spotify playlist? And what's the best thing you've read lately?

I will admit, at the risk of embarrassing myself, I am a big country music fan (four years in college in Nashville helped with that). And this is the summer of “One Margarita” by Luke Bryan. Oh, and it ain’t only been one margarita at my house!

Something I admire about TSG Consumer is that over 30% of your Partners are women. That's quite a contrast to the trend in the bike industry. The number of women CEOs and leaders at the top table in cycling are sparse. And of those women, many of them end up leaving for roles in other industries. How does our industry remedy that? What have you seen in other sectors that we can adopt in cycling to bring women into leadership roles?

I think the cycling world has often been provincial to think you have to be an extreme cyclist or cycling enthusiast to be an executive in the sector. That really limits the talent pool and creates the danger of insularity. Sometimes the best insights are seen from those outside the sector, avoiding the myopia that can come with the industry. So my advice is identify great women leaders, executives and brand builders and invite them into the industry without asking for their most recent time trial results and embrace their unique and novel perspectives and ways of doing things differently and thinking differently.

What is your best piece of advice for entrepreneurs in the bike industry? If their dream is to someday get in front of an investor like TSG and give an investment pitch that has a hope of winning your attention -- what should they be fixated on in the early stages of growing their business?

Think outside the box. The cycling industry has been slow to evolve due to its more insular nature. Think differently. Hire from outside. Embrace cycling heritage but open up the conversation to include new participants as you seek to build your brand. Speak to the next generation of cyclists not as much in terms of technical specs and athletic feats, but in terms of the life enhancing experiences cycling delivers regardless of ability throughout a lifetime. This will lead to much bigger market opportunities than just building just another bike company, as it means building a brand community. But most importantly for attracting resources as you get started, demonstrate true grit, show you are the kind of founder that will do whatever it takes to try and make it work, and most of the time that means the heavy lift “is this even worth it?” kind of stuff. In my experience, that is the most powerful determinant of success but more notably preserves the founder’s equity. 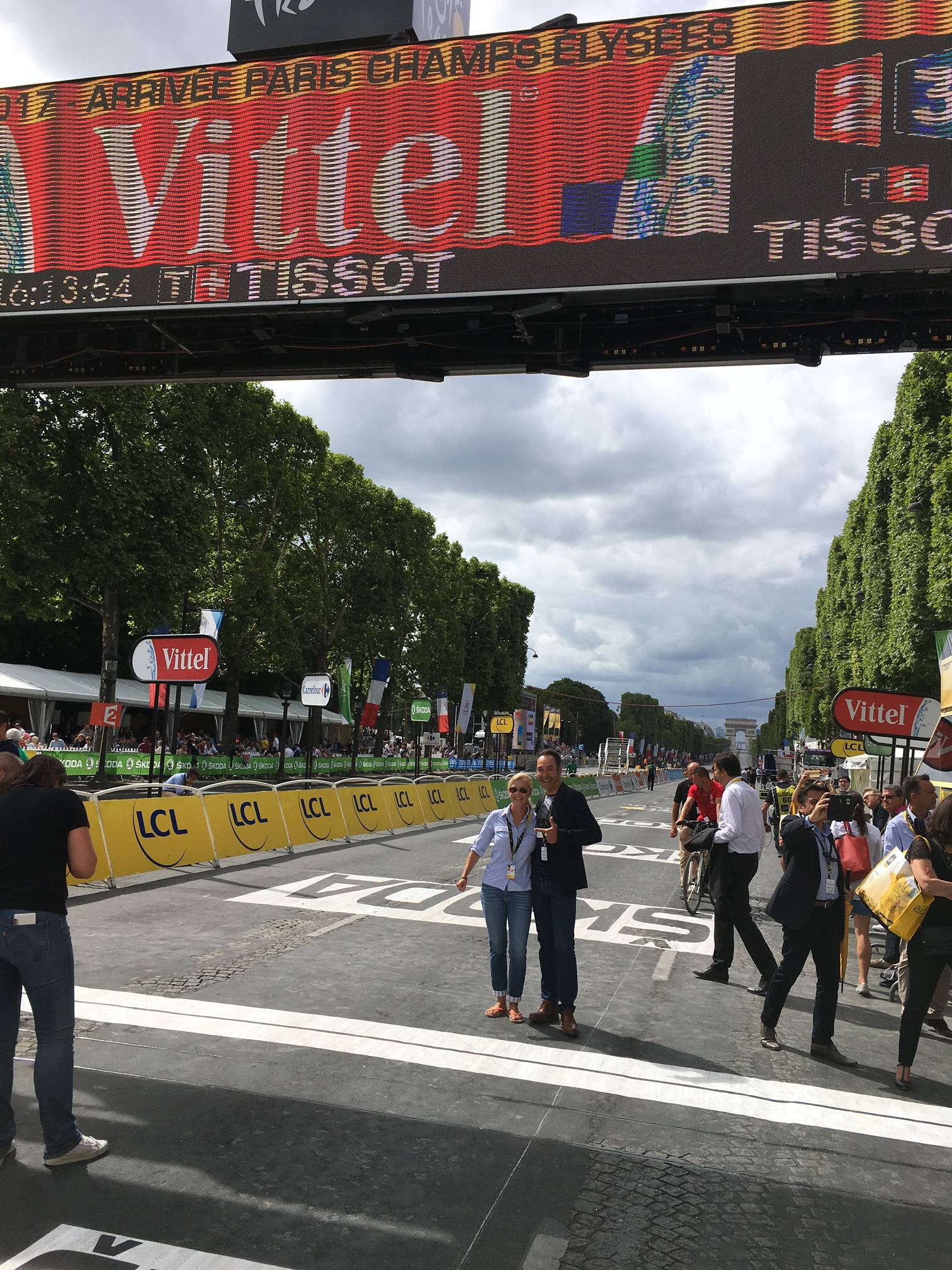