Where does our love for the sport of cycling take us? For Michael Barry, it led to a decade at the very top of professional road racing. After retirement, he dove headfirst into his family framebuilding business, Mariposa Bicycles, and to a continuation of his work as one of the most prolific writers in the peloton. We look back -- and look ahead -- with one of our favorite people. 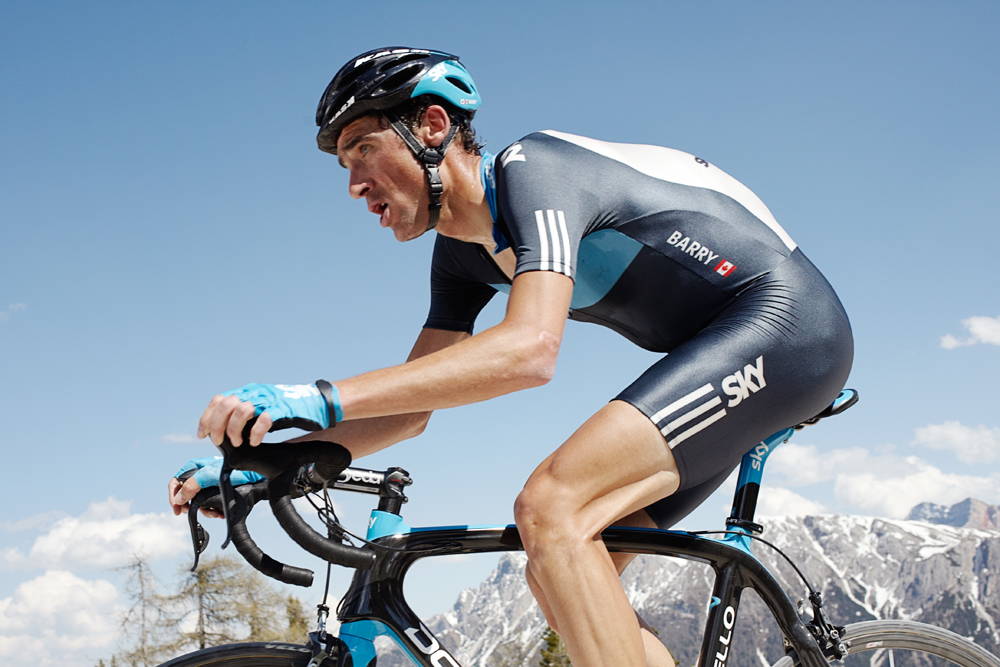 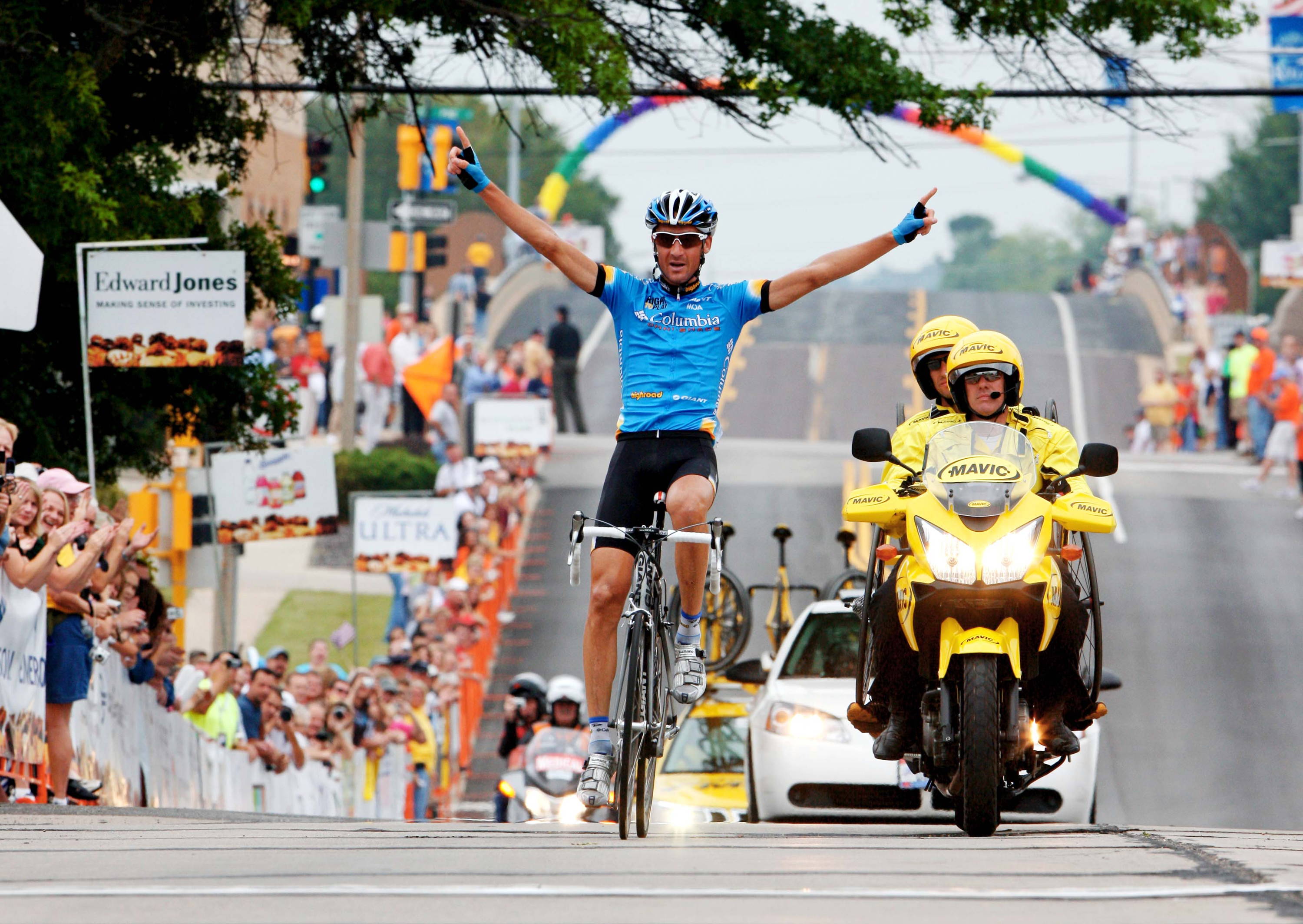 A bike racer who liked to write. Cycling allowed me to see the world from a unique viewpoint which, in every respect was inspirational to my writing, as it allowed me to see and experience varied human perspectives and natural environments. I wanted to share that with others.

My grandfather lived in central Alberta, Canada and never traveled much as he had land, horses and cattle to care for, but he was an avid reader who knew more about most places in the world than those who traveled as a result. To many pro cycling is a foreign and closed world, and through writing, I wanted to give insight into that world and what goes on in a racer’s mind. And, on a personal note, writing a journal, allowed me to process my own thoughts and experience, and relax in the evening after a day of racing.

Le Métier is the 2nd best book on bike racing ever written (Tim Krabbe’s The Rider takes the prize.) What authors – and books -- have influenced you the most? Do you have another book in you? If so, about what?

Thank you for the compliment about Le Métier. I agree that The Rider is a wonderful book which I return to read often. Michael Ondaatje, and specifically, In the Skin of a Lion, is a book I love as it is beautifully written but also takes place in my hometown of Toronto. I grew up riding past many of the sites in the book so could identify with the book on another level. The autobiography of the famous Montreal Canadians goalie, Ken Dryden, The Game might be one of the best sports books I’ve read as it is honest and clearly conveys many of the internal challenges athletes face. 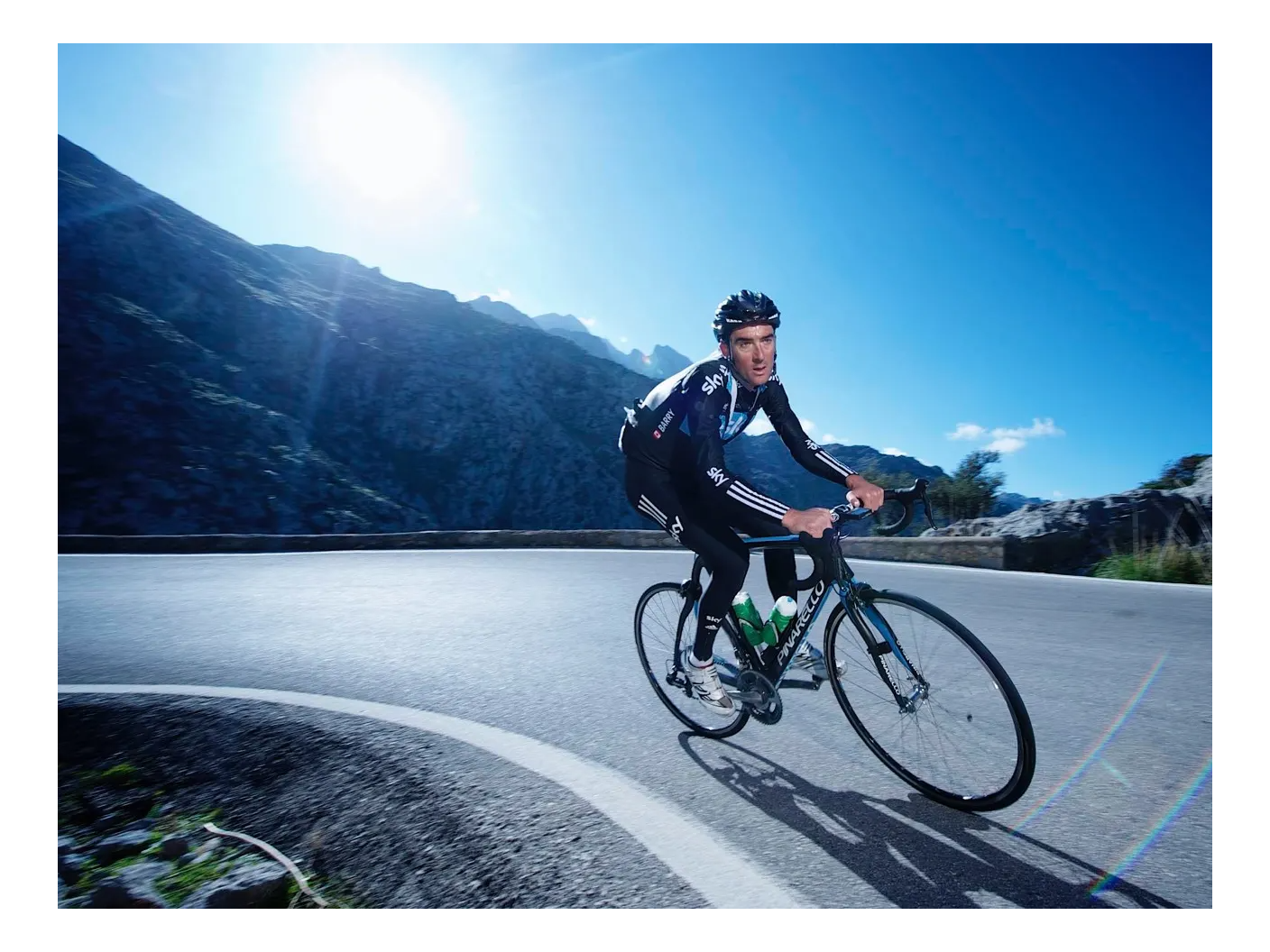 Your father founded Mariposa Bicycles a long, long time ago. Tell us about the growth and evolution of the company.

Mariposa was first started in the basement of a house in central Toronto in 1969. My father and a good friend had grown up in the UK where many bike shops also had frame shops as well, so they had a good idea of what they were up to and built a number of frames, several of which are still being ridden today. A couple of years later, my father opened a large full-service bike shop in the downtown core of the city which grew until the late 80’s.

The shop was one of the first proper European style bike shops in Canada—it was an impressive place. It was the during bike boom and they imported piles of Campagnolo, Pinarellos, Peugeots etc, had a large showroom, six mechanic stations in the back going non-stop, a frame and paint shop upstairs where they built the Mariposas and then, of course, offices.

Sadly, my father had a terrible bike crash in Mexico in 1986, which almost killed him. He was away from the shop for a prolonged period to recover and when he returned the finances were a mess—there had a been a lot of theft etc. He got it sorted out, but quickly decided to scale things back. He continued to build Mariposas with a small staff and, opened another shop which was more specialized.

Mariposa production has ebbed and flowed over the decades but has always stayed true to the original objective: to hand build the ideal custom steel bike for the customer’s needs. Over the last twenty years, the shop moved away from general bikes repairs etc and the focus has been more on building frames, painting and restoring vintage bicycles. 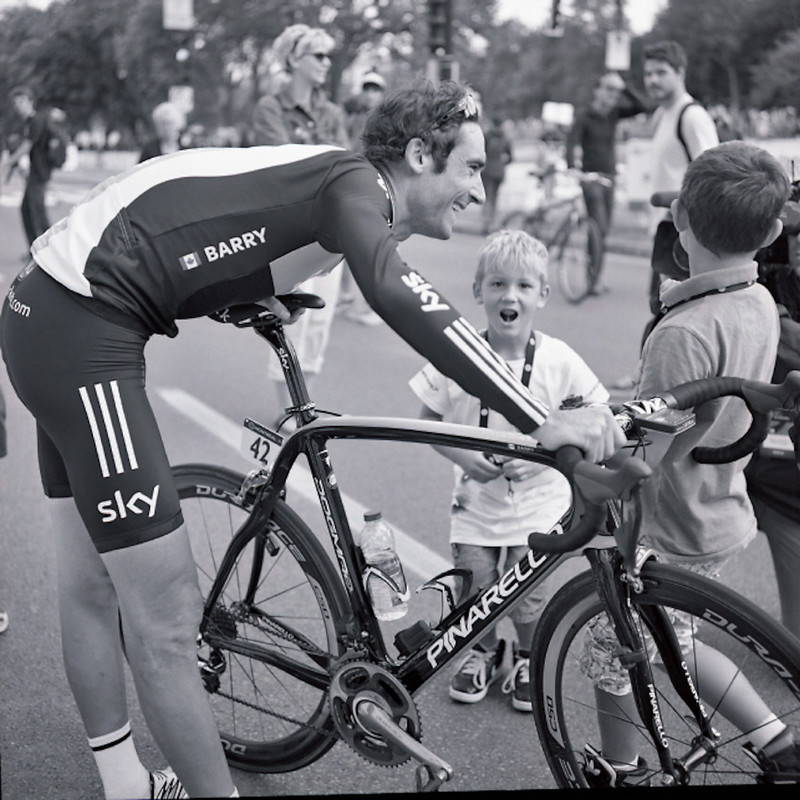 When you retired from racing, was it a ‘no brainer’ to take the reins of the company, or was it a difficult choice?

Although I grew up in the shop, and have been around bikes my entire life, I hadn’t planned on running the business. When I retired from racing, my goal was to build a bike with my father, take it on a long trip, write a book about that process, through which I could tell a greater story. We built a few bikes, I enjoyed the process, the demand for frames was there, and I decided to immerse myself in the business. I never wrote the book, but perhaps, I’ll get to it someday.

You retired from racing almost a decade ago. Not long afterwards a generation of riders – including you -- had to admit their involvement in the ubiquitous doping in the peloton during the peak Lance years. In a lot of ways it feels like a long time ago. Does time heal all wounds, or do you still struggle with it in some way?

I struggle with it every day. It was a period of my life where I made some terrible decisions, that affected relationships and went against everything I thought I believed in. I loved riding my bike, and the doping eroded that love. With time and refection, my love for riding and racing returned and my perspective on life and sport changed. 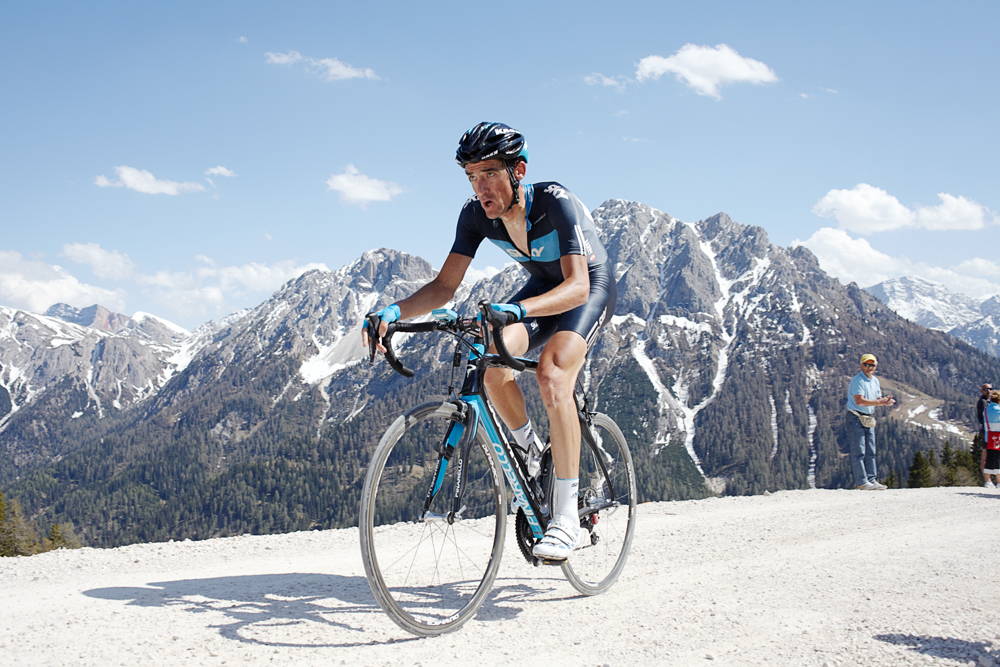 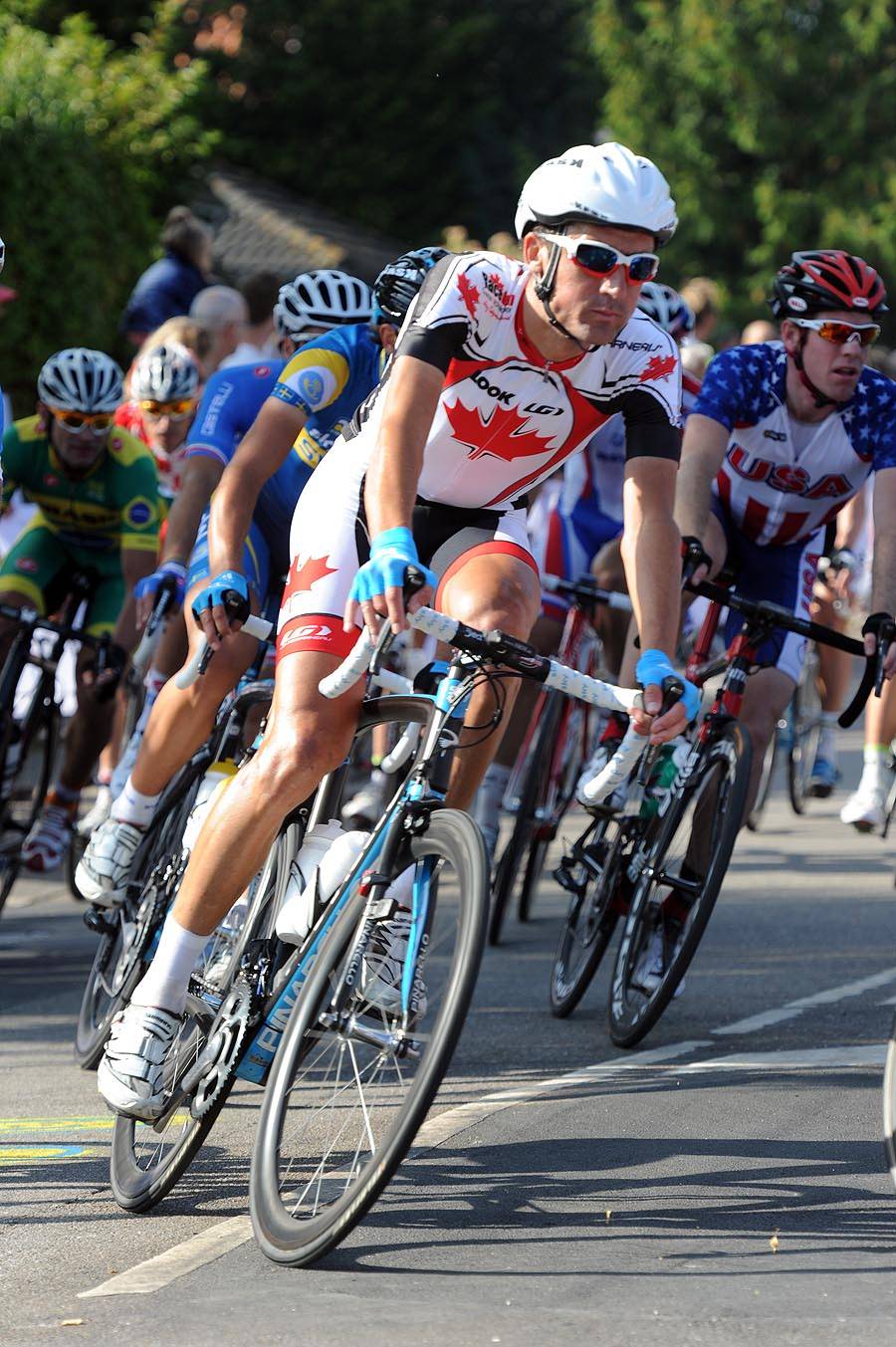 If one of your kids told you they wanted to become a pro road racer, how would you feel?

This is something Dede and I talk about often. Cycling is a lovely sport. Our youngest child rides, races and loves it. Sharing that experience with him is a father’s dream as riding is still one of my greatest passions. Professional cycling is cleaner, I think, but the riders’ health is still secondary to the victory which has to change. Crashes are more common and worse than ever, and there is very little being done to stop this trend. As a father, this scares me.

Professional sport is extremely complex as athletes are paid to sell product, fill seats, etc which creates a bias towards their productivity in the field of play over their long-term health. If they’re not winning then ultimately they’re not selling product and nobody within the organization will get a pay cheque for long, which creates an environment where everybody involved, even the doctors who are there to protect their health, is reliant on the athlete’s performance.

So, as a father I’m conflicted, as it is hard to encourage your child to enter such an environment, but it’s also hard to stop them from pursuing their dreams. For us, we have made their health and school the priority. If at some point, one decided to pursue a career as a pro cyclist, I hope that it is a safer workplace than it is today, which I think, as fans, cyclists, retired pro athletes, etc we are responsible for encouraging and helping to create.

If you could snap your fingers and make one fundamental change to professional road racing, what would it be?

Gravel cycling has become all the rage in the bike industry. But it seems to have a built-in limitation: Lack of meaningful gravel routes near/around major metro areas. What is Toronto like? Can you get in a good gravel loop there?

Gravel riding is ideal on so many levels—I love it and grew up riding on the backroads, as my father was always seeking them out to get away from the traffic. In Toronto, we are fortunate, that we have a number of trails and bike paths, so you can actually put together some good loops within the city without having to deal with much traffic. In fact, Dede and I no longer have dedicated road bikes but use all road/gravel bikes for everything now: they’re fast on the tarmac, but still allow us to cut through a park, down a dirt alley, or along a gravel farm road.

To me, big part of gravel riding is seeking out an adventure, which you can do anywhere whether in a city or the Alps—the bikes are now versatile enough that you can ride on almost all terrain. Each time I ride I make an effort to see, or experience, something I haven’t before, even if only a city block alley, a copse of trees, or a dirt jump.

What’s on heavy rotation on your Spotify playlist?

Bon Iver, and almost anything with Justin Vernon, Amen Dunes, the National, Jose Gonzales, Gordon Lightfoot….going to and from bike races we got in the habit of listening to Time Crisis, a radio show with Ezra Koenig from Vampire Weekend—it’s entertaining. Our kids are at an age where they are discovering music and sharing it with us, which is fun, as I’m hearing all sorts of new artists.

You lived in Girona for a long time, and still host Mariposa travel trips there on an annual basis. Can you share your favorite ride in Girona?

In Girona, there are so many wonderful routes, which makes it the cycling mecca it has become. There are an amazing number of gravel routes up into the Pyrenees—a favorite is out and up to Sant Hilari/Susqueda Dam on the farm roads and then up Els Angels and Sant Miquel on the way back into town.

Mariposa Bicycles is now the exclusive importer of Allied Bicycles into Canada. We are excited to work with Michael and his wife Dede. 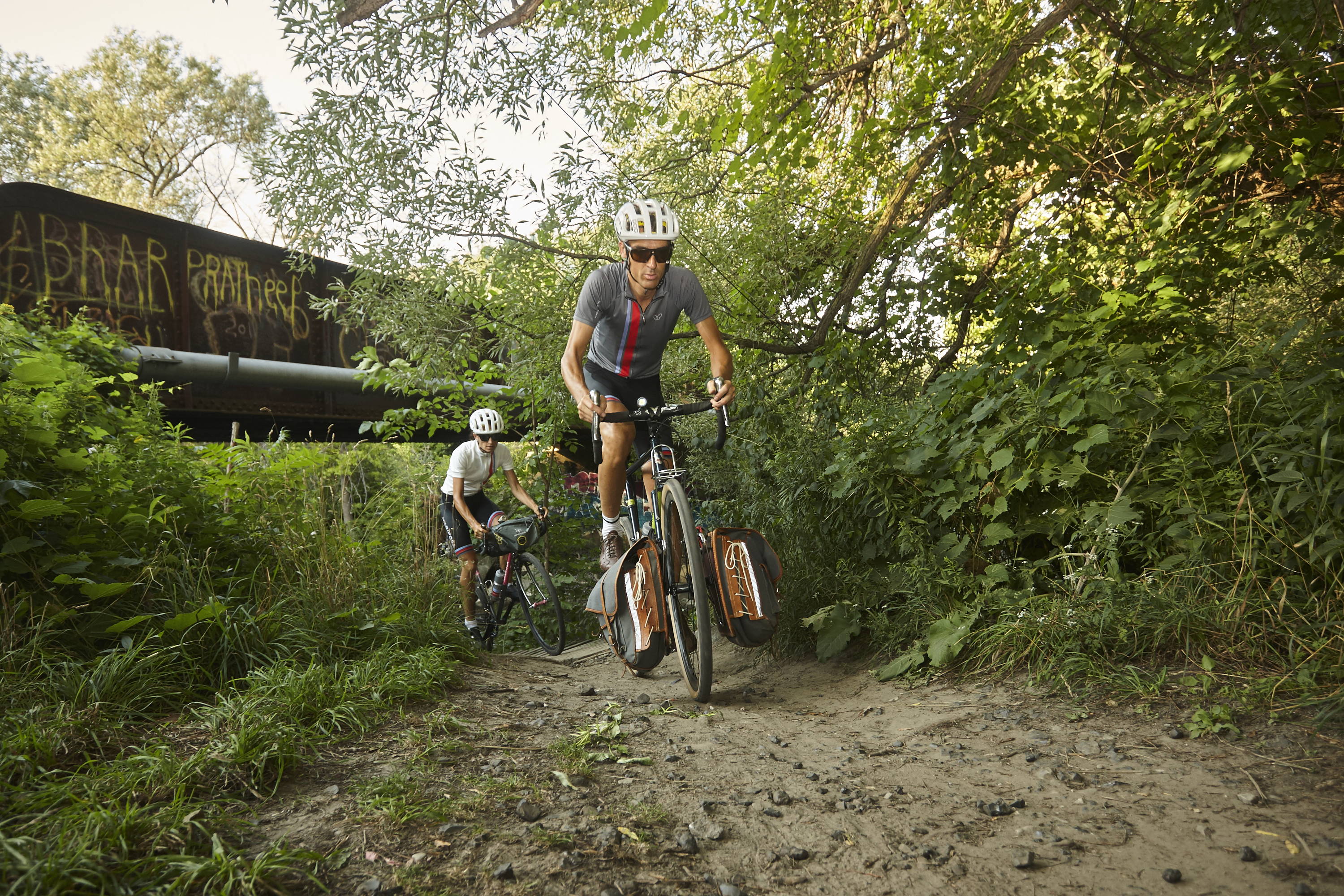 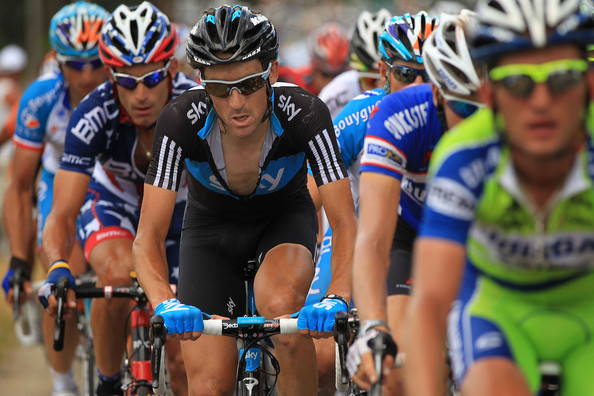 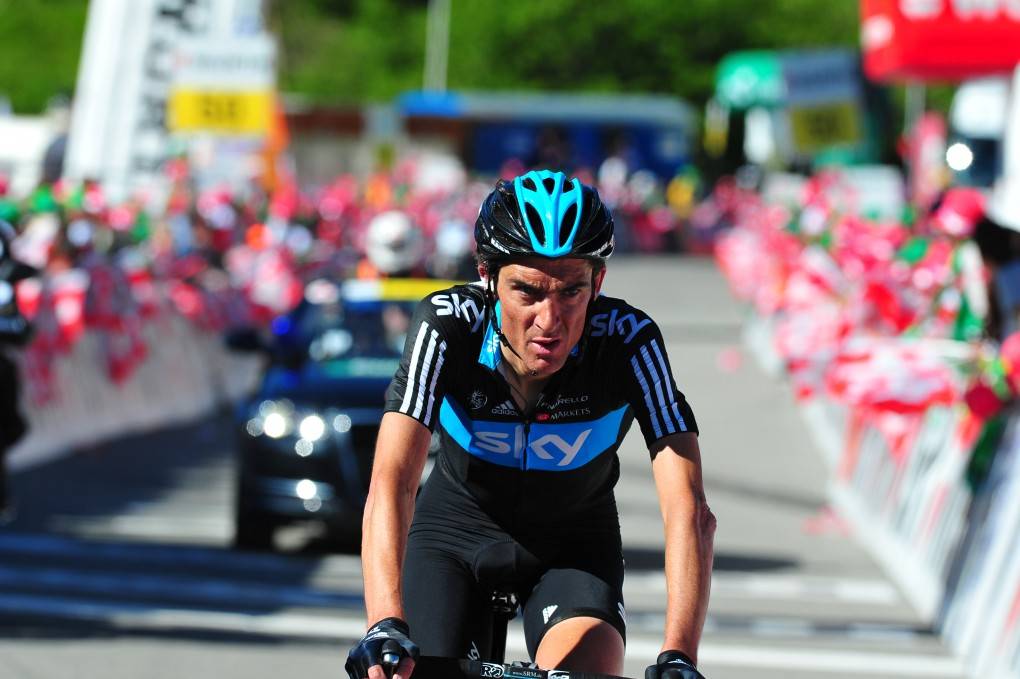 The Beautiful Brutality of Unbound Gravel

The Beautiful Brutality of Unbound Gravel